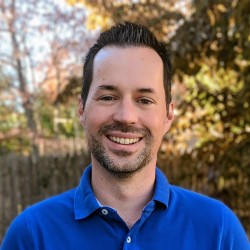 Ryan Full-tilt, full-stack developer, from JS -> SQL and everything in between.
August 25, 20145 min read

I started a couch to 5k in 2012, with just generic training volume leading up to the Timberman sprint in August. Signed up for Peak Triathlon Coaching in 2013 and did the Pumpkinman 70.3 in Sept, which went very well (aimed for 5:30 and did a 5:28:28, awesomesauce). Since I have a 3 year old and a now 4 month old, I decided that now was the time for an Ironman. I really wanted to be involved in the kid’s sports/scouts/coaching/etc, so that meant I could do it now or later when they get to high school. That’s one thing that I did miss this season, was just being around as a Dad. (Lots of 5am workouts with one workout starting at 4am [Strava has proof]). So with just learning how to swim, bike and run in 2013, and solid coaching I figured the numbers would come to a 12 hour Ironman. Results at the bottom.

I stuck to my race and nutrition plans like glue, so if you want to know what I did, sign up for Peak Triathlon Coaching! A big thank you Colin and Leslie! This race report will be fun and interesting things that I experienced during my first Ironman.

Since I had to eat my large, liquidish breakfast three hours and thirty minutes from my swim wave start time, I thought I could go back to sleep for an hour. Not happening. I was so full that when I crawled back into bed, I couldn’t lie on my side because my stomach hurt. The only way I could stay in bed was to sit Indian legged under the covers. After about 30 minutes, I was able to lie down for another 20 minutes before having to get up at 4:15.

During the swim, I waved to the quad-copter drone that was recording video. Not that easy to wave in the middle of a swim stroke.

I’ve never peed on the bike before, because frankly, I didn’t want to get my bike messy. So I saved the honors for my Ironman. About a half an hour into the bike leg I decided to pull the trigger. No one behind me, on a downhill, GO! Interesting, though not my favorite. About two minutes later I noticed something large and brown on my left calf. “Holy crap” I thought, did I somehow poop on my leg? Looking closer, I realized it was an earthworm, covered in dirt. With a quick flick it was gone. “Whew.”

After peeing on the bike twice, I realized I couldn’t empty 100%. So for the rest of the bike and run, I used porta potties. (7 minutes on the bike of non-moving time according to Strava [I used auto-pause on my Garmin 500]. In my run splits, you can see where I deviated from the average)

For some reason, on the rolling hills of route 117, I was constantly getting passed by a peloton of bikers. Sometimes groups of five, but one group was easily fifteen. I didn’t know pelotons were allowed in an Ironman. After a large group passed, I thought it was clear, so I let out a fart. Nothing spectacular. A guy comes up on my left and said “Hey man, did you just fart on me?” I smiled and replied with “Yup, sorry bout that.” “No problem, just wasn’t expecting to be farted on today.” I laughed, he smiled and kept riding on.

When I’m running, I sometimes look at my wedding ring for inspiration and thoughts of my amazing family. I always take off my wedding ring when I’m swimming, either in the pool or open water and it’s always off for races. This was a race worthy of having the ring on. So during the morning bike transition setup, I used electrical tape to wrap around my ring to my aero bar pads. So after the heart rate settled on Monte Ryan, I peeled back some tape and popped on my ring. Though, since it was 50 degrees and my fingers were sausages, I had to use my teeth to push the ring on (my other hand was steering). Didn’t lose it in Lake Tremblant, didn’t drop it on the bike, and had it for the run when things got rough.

There was a girl with an air cast on her right leg during the marathon. Not sure how she swam or bike, but she was speed walking fairly well. Personally, it seemed like a bad idea to race with a bone that was still being set. I fractured my right ankle in the winter of 2012-2013, which required a air cast boot, so I know how it feels. As I closed in on her, another female racer said “You go girl!”. Pretty conflicted as what to think, tough or stupid? Still not sure.

Running into the transition tent to switch to bike to run, I grabbed my bag and made it into the transition area. Before even sitting down, I asked a volunteer to help remove my tri top (I really like the marathon singlet for running longer distances). With a heave-ho we both got the top off as he proclaimed “Man, that’s tight.” It was, and I couldn’t get it off after my Olympic at NE Trifest last year. Granted I was tired, but I couldn’t get it off without my buddies help. So as I sat down, switched socks/shoes/etc, I packed my stuff into my bag. Standing up I turned to the direction of the door and BOOM, my face was about six inches away from some dude’s bare butt. Was totally not expecting that! I’m used to ‘short’ courses where people aren’t allowed to change. Grabbed my banana and headed to the tent’s exit.

Only one aid station didn’t have perform, they only had coke and water. That threw me off my nutrition a bit as I was supposed to drink perform at every aid station. It didn’t affect my run though.

Since it was a bit cooler, race started at 50 degrees and hit about a high of 65ish, I was hydrated the whole race. I still had to use the porta potties at mile 19! Of course the porta potty was down a maybe one foot embankment. No problem going in, but coming out, it took me three good steps to climb up that gravel mountain.

When the sky opened up and rained for a bit, the volunteers at the run aid stations didn’t miss a beat. They were still handing out pretzels and oranges like it wasn’t even raining. Still smiling and cheering us on. They made it a very enjoyable run.

The last few mile splits of the marathon were 2 miles/hour slower, partly because I just completed roughly 138 miles and partly because of the steep rolling hills. In comparison, every athlete (including the pros) had the same time bump to their splits. So I didn’t feel bad about the increase in split times.

Having done the Mont Tremblant training camp with http://northeastmultisport.com/[Northeast Multisport] group was amazing. I knew what hills to hammer and what downhills to coast, and more importantly, I knew that I still had the steep Casino road ahead. That weekend was invaluable to helping me achieve my Ironman accomplishment(s).

Hopefully this race report shows you some things that you don’t normally read or experience in smaller races. I’m extremely happy with how things turned out. Here are my results:

Thank you to my wife, kids, family and friends for supporting me in this crazy adventure, it meant so much.